History12346 was an internet pseudonym used by Terry Weston. He is best known for his friendship with YouTuber, Austin Leonard, and his Lego SpongeBob series, which spanned 2 years. Terry became a loner and removed his videos, deserting the channel, after falling into a deep depression in early 2017 - this is likely due to Lego's arrogance. 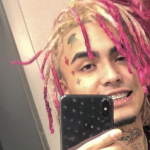